The old woman’s name is Elda Kollmer, and she leads you deeper into the forest. As you walk, you talk about the creature—a hellhound—and whether you know her granddaughter, who goes to the local high school. At last, you reach your destination, a barely visible path through thorny thickets. When the bushes brake away, you stand in a clearing. The night sky above you is full of stars, even though there had been rain clouds only half an hour ago. But that isn’t the most magical bit about the clearing. Not by far.

The whole clearing is magic. You feel as if you’d stepped into another world. Surrounded by thorns, you have entered a lush paradise. Fern bushes cover most of the forest floor and where they don’t, thick patches of moss grow. Hundreds of little white flowers bloom in the moss, and little lights flicker around. At first, you think they are fireflies, but then you see that they are little fairy-like creatures instead. Tiny bodies with huge butterfly, moth, or dragonfly wings flit across the clearing, carrying with them little buckets, which they dip into a green stream that has the appearance of water, but winds its way from the ground into the air before it splits into several thinner strands that flow into the forest.

You raise your hand to touch the green band. For a moment, you think you got it—your fingertips tingle—then it flows around your fingers, opening and closing around your hand.

Magic. You are surrounded by wild magic.

“This is it. Greenvalley’s spring of magic.”

No matter where you go from here, you won’t forget this. A wish grows in you, strong as the river around you. You want to protect this clearing, the fairies and the magic. And if that means facing hellhounds, so be it.

Did you enjoy your adventure? Greenvalley has many more waiting for you. Check out A Drop of Magic now to meet the Six and follow their magical adventures. 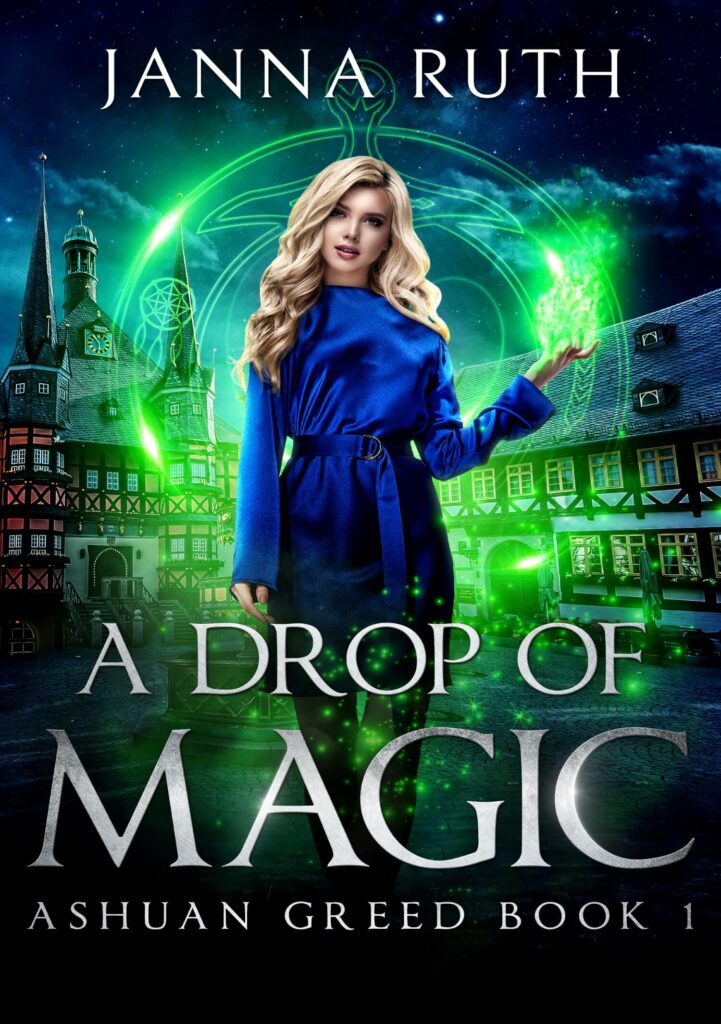 All Lucille ever wanted was a perfectly normal high school experience, but her town doesn’t do normal. Not when a few Latin words set her hand on fire, the entire town gets possessed by evil spirits, and the cute guy she’s got her eyes on brings a freaking sword to the battle.
Now Lucille has to make a decision: return to her cushy, and safe, life-style at the boarding school, or face the monsters that hunt her and the magic that lurks inside of her.

A Drop of Magic is the first of this action-packed YA fantasy series with the wit of Buffy, the magic of Charmed, and all the drama of the Vampire Diaries.