The short novel (German language) “Tanz der Feuerblüten” has been in March 2017  as part of the uebersinnlich series by the Ueberreuter publishing house. The exclusive ebook is a romantasy novel adapting the Japanese culture and society around 1000 AD.

The second novel (German language) was published June 2017. The modern fairy tale “Im Bann der zertanzten Schuhe” is the fifth book of the Märchenspinnerei. The self publishing co-op project is publishing fairy tale adaptions on a monthly schedule.

In 2018, I started my Urban Fantasy Series “Ashuan” (German language). This is a story I worked on for more than 15 years and which is unique in the way it’s written as a drama. The second season will start in 2019.

“Unter seinen Blicken” (German language) is another modern fairy tale that was released in late 2017 as part of a Märchenspinnerei anthology that I edited.

“Unter der Erde” (German language), an utopic science fiction story about a Chilenan girl who works as a tectotechnician, releasing stresses in the plate boundary zone. When a mega-earthquake threatens the city of Concepción, she chooses to ride 48 km deep into the earth. This story appeared in the Swiss “Fiction x Science” anthology in January 2018.

“Pfirsichblüten im Schnee” (German language) was my first commissioned short story for the 2018 “Von Fuchsgeistern und Wunderlampen” anthology by Drachenmondverlag. It is a fairy tale retelling but focuses on Japanese folklore.

“Versprochen” (German language) was published in “Winterzauber” in late 2018 by Zeilengold Verlag. It is low fantasy story about two lovers that may or may not be reuniting after a long separation.

“Die Quelle der Fäulnis” (German language) was published in “Schicksal, Schuld und Werden” in early 2019, an anthology about reinterpretations of the three norns from Nordic myths. My story encapsulates the Present and deals with the question what’s really important in life.

This page has the following sub pages. 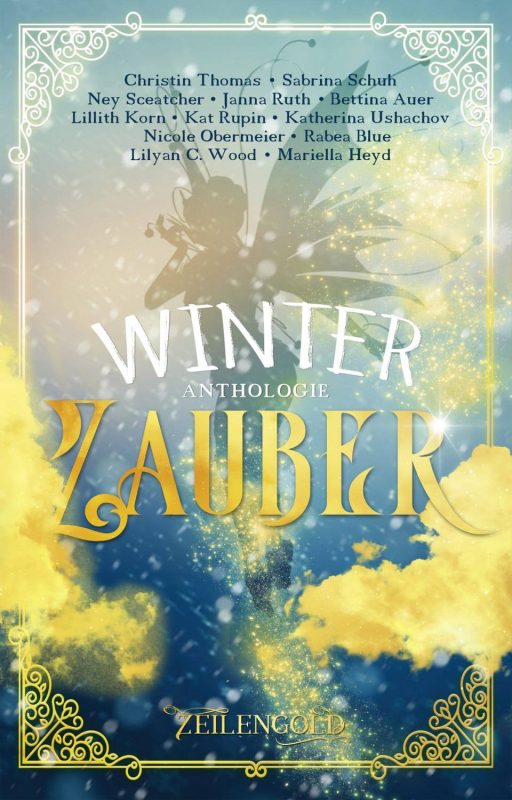