Here I’d like to show you some of the projects, I’m currently working on. Since my brain never shuts down, there’s a lot more ideas floating around. So, this is really just a short snippet of the current projects for 2020.

Goal 2020: Another revision, looking for agents

Pitch: Hannah lives a perfectly normal life: She gets good marks, just won a prize for her writing and is now offered the leadership over the school musical. But her normal life seems incredibly boring in relation to the wonderous world of her mind. In her mind Hannah goes on the most exciting adventures and falls for swoonworthy romances. Reality can’t compare, until she meets Finn, the charming best friend of her secret crush. Currently bound to a wheel chair, Finn is everything but excited for spending his afternoons in a stuffy school room with Hannah. He’d rather spend his time on the soccer field, but there is something that he has to learn from Hannah – and something he has to teach her. 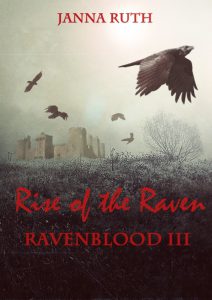 Path of the Raven (Ravenblood Saga 1)

Pitch: For ten years Pavo Ravener fought in the Vadish Legion to escape his witch family. When his entire company gets obliterated in the Fall of Reno due to a mysterious dark magic, Pavo has a choice to make. Either he rejoins another company and continue his flight from duty or he follows the young knight that saved his life, Federigo, home. Federigo and his companions of the most honourable Order of the Griffin are on a mission to lead the young Queen of Cásevarra to her future husband, the Emperor of Vaden. Fulfilling that mission becomes a lot harder, when they come between the Cásevarrian nationalists and the west-Vadish separatists. Will Pavo and Federigo keep the Empire united?

Flight of the Raven (Ravenblood Saga 4)

Pitch: The dark god Fearghal has risen and threatens the peace of the world. As General Commander of the Vadish Empire Federigo leads the Order of the Griffin and the Vadish legions against Fearghal’s troops. Against the powers of darkness they stand small chance. All their hope is centred on Pavo who needs to face not only his past but the god himself in the Mist. Together Federigo and Pavo fight to bring the light of Ediacara back to the world. 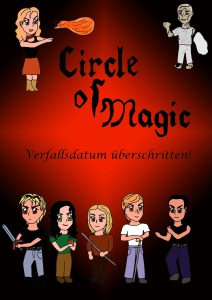 Pitch: In the little town of Greenvalley something just isn’t right. Demons and monsters regularly haunt the premises and spread fear and horror. Six friends try to keep the chaos at bay. With their magic powers and the Insignia of Magic they are ready to meet their fate. As they fight against demons, angels, elves, gods and ghosts, it becomes clear that the fate of all worlds is tightly bound to Greenvalley’s future.

Pitch: The six friends were unable to prevent Pascal’s blood revealing the path to Draken’s awakening. Now, they need to keep the Priests of Death from the needed components for the ritual. To do so they need to find them first. On their search for the Apples of the Hesperides, the horn of the gods and all else they meet new threats and foes. In the South of Lukrya an elven tyrant rises and in Amain the cruel people of the Reign rule over the humans. But their most important enemy lies within themselves.

Pitch: Once upon … a life and other series’ have shown: kids love to learn, especially if the whole package works for them. Knowledge needs to be exciting and this is where Mobs comes along. In their first adventure, Rieke, Flynn, Jasper and Annelie are brought to a strange world full of geologic phenomena that threaten their lives. Mobs, Fabs, Bebs and Kabs, the colourful little fur balls with their special abilities are there to help them around. To get back to their world, the children need to find all parts of the geosphere and rebuild it. But to do so, they need to understand the processes that form the world first.

Pitch: Wilhelmine of Prussia, Sister of Frederick the Great and Countess of Bayreuth – Exhausted of being the object of her parent’s contrary ambitions, Wilhelmine only finds solace in her brother’s presence. When the encounter the young military officer von Katte, their fate takes a dark turn. Longing for freedom the three get entangled in court politics which will bring them close to high treason. In result, Wilhelmine is forced to marry the unlikable Viscount of Bayreuth. Even after the prickly Berlin court, Bayreuth seems like a desert. But Wilhelmine decides to fight for the life she really wants: One full of music, delightfuel conversation and honest love.

Pitch: When a fall into the Blumenthaler Laker carries Ina into the town of Blumenthal, which perished 700 years ago, she completely loses her heart to the blacksmith’s apprentice that actually died a long time ago. For hundreds of years, the devil has been holding the tortured souls of Blumenthal captive. Ina could give them peace but that would mean losing David forever.